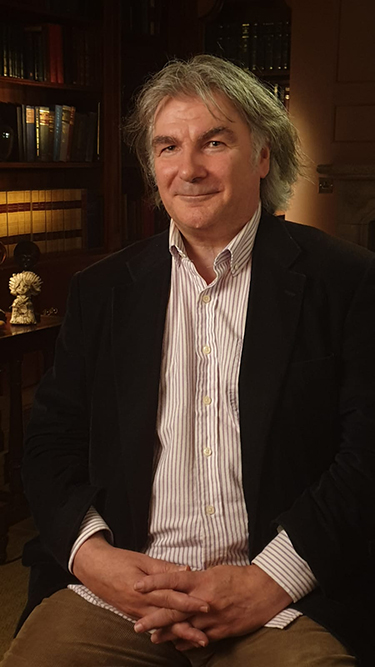 Born in Sutton Coldfield to an ancient Cheshire family, in 1960, Tobias Churton spent two years in Australia from 1966 to 1968 and returned to attend his fifth school, Lichfield Cathedral School. Three schools later he won an exhibition to Brasenose College, Oxford, where he studied Theology. Compelled to exchange a vocation to the priesthood for the lowlier prospect of a career in television, he first came to public notice with the 1987 Channel 4 production, GNOSTICS. The 4-part, drama-documentary went out at peak time on Saturday nights. It won the New York TV Festival Gold Award for best religious series. Churton’s Channel 4/Weidenfeld & Nicolson book accompanying the series was a best seller.

Long before Dan Brown scored a hit with The Da Vinci Code, Tobias Churton introduced a popular audience to the authentic world of esoteric mysteries. In the words of Dutch scholar, Gilles Quispel, the TV series would “change the minds of millions”. Churton presented the facts, not the fantasy. Swedish theologian Jan-Arvid Hellström hailed Churton as a “religious genius” while Amsterdam bibliophile and industrialist Joost Ritman enthusiastically greeted the appearance of a new “writing star”.

The success of The Gnostics allowed Tobias to concentrate his energies on his first love: writing. After years of voluminous reading, mystical experience and creative endeavour, Churton had much to express.

Having completed his twenty-fifth book commission, Tobias Churton is today internationally recognized for his insightful books on esoteric, spiritual history, Art and philosophy. Accessible and scholarly, Churton’s works address believers and doubters alike and, remarkably, have stimulated spiritual experiences in some readers. He has successfully widened the appeal of so-called “esoteric” spirituality. Churton’s warm style and depth of knowledge have entertained many thousands of readers in the process. Tobias is also a filmmaker, lecturer, poet and musician. He has recently recorded his orchestrated score for his prospective dramatic project, William Blake: Love is on Fire!, while his musical about Nancy Cunard and Henry Crowder, YOU, ME AND YESTERDAY, co-written with artist and songwriter John Myatt, was performed to great acclaim at the Lichfield Garrick Theatre in 2011. He has composed and recorded eight albums of original music.

A CAREER (in brief)